Mount Whitney’s day hike was a climb that was destined to happen one way or the other. A previous wild attempt got the ball rolling. Having a disastrous and humbling winter experience, I vowed to never let “summit fever” take hold on me and whether or not I ever decide to re-attempt Mount Whitney would just have to be seen. I’d like to say I never thought about Mount Whitney and a second attempt but truth is, it sat there hidden in the back of my psyche constantly saying hello once and a great while and usually during big events.

“We’re engaged!” This is how one of the big events started. Then, the next was, “We are having a baby!” Wow, life changer huh? All the sudden, my plans got siphoned down to a “what is actually possible” list of things I’d like to do of which Mt. Whitney was not on the list. My son, Christopher, was born and still, no desire for a second attempt. It wasn’t until I realized I was going to be 30 that I gave serious thought to the mountain that not only conquered us (weather was the culprit but….) but also destroyed my idea of myself as a strong individual and made me realize my weaknesses.

So how does it feel to almost be 30? Hmmm…Kinda like I should do something…BIG.

This thought was a constant. I knew 30 is just a number, a generic age that isn’t quite exact but more of a general approximation, but it still had weight. You avoid it with positive thinking and Google. Whilst perusing various articles on the net, I started a chat with an old roommate now next door neighbor, Jake. Jake was in Mammoth at the time and, in no time, we started talking about Mount Whitney. During our chat, I impulsively went onto my recreation dot gov account and entered 6 applications for permits for my birthday, June 23rd, 2013. “I am turning 30 and this is my day,” I thought to myself to justify my permit reservations to my fiancé, Ana. Without any resistance she was proud of me for “going back after it.” Man, was I proud for the support of my fiancé! Was I going back after it, or just having fun with friends and family? Either way, this was happening!

4th of July was a Holiday? I should have known this but it came as a surprise much like finding a $5 bill in your already washed and dried sweater. I was stoked! This means we have an extra day to get there and acclimatize! Great plan!

By Wednesday the 3rd, our group was down to 5. My old college roommate Greg is a teacher so he has the summer off…and was able to drive! Score! My brother, Rory, dropped his dog-daughter off at our moms place and met us in Fallbrook at the park and ride on an early Thursday the 4th of July. Together, we three, rode al the way to Lone Pine while discussing the trip and our anxieties. I spent a lot of time trying to calm my brothers fear of HAPE (High Altitude Pulmonary Edema). He obviously read a lot about this and knew about the dangers especially from his old roommate who suffered from altitude sickness 2 different times yet finally summiting Mount Whitney on his second attempt. It was a valid concern that I assured him would not be an issue with our early arrival and camping location at 10,400ft above sea level called Horseshoe Meadows.

I read a bit about Horseshoe Meadows and noticed a phrase “just getting to the campsite itself is an adventure…” I thought, no way! I rock climb…scary road is nothing. WRONG! I literally felt the drive was part of the climb…no joke. You don’t feel “there” till you are either up or down that road!

Our group decided to get permits for Whitney on Friday since our hike was on Sunday and there is a 2 day limit to when you can pickup your permits. This ended up being perfect for us all. I was able to call my fiancé and son and grab some chilli, Greg was able to get extra gear and food, and Rory was able to Facebook. I chatted with my high school buddy, Eren, who said he would be in to join us by mid-day. Since we had time to spare, we decide to go back to camp and do the Cottonwood Lakes trail. Off we went! About 2.5 miles into it, we realize the hike isn’t 5 miles altogether…but 5 miles ONE WAY! We decided to turn back as to not overdue it the day before our big hike! By the time we got back to camp it was well past mid-day and in fact, 5pm. Our group was at least 3… maybe 4 if Eren shows.

At 9pm, while getting ready for bed, I hear the familiar sound of a modified engine and see too-bright-for-life headlights coming around the corner – Eren made it.

“My fucking car died 3 times just getting up this fucking road,” he says.

Saturday we wake up and start with breakfast. By this time we are all at our wits end with anticipation. A constant theme is the waiting…wondering. We all talked and decided that Eren, Rory and myself would do another small hike to help Eren acclimatize. Greg drove down the mountain into Lone Pine again for food and arrangements and took my cellphone to listen to missed calls.

All agreed to be up at 11pm Saturday night to make it to Whitney Portal (20+ miles away on mountain roads) by 12 midnight. We just made the time and by 12:37 we were hiking.

We had plans…and great plans. The idea was simple: Take a quick break the first 30 minutes into the hike to adjust packs, boots, etc. Every hour to hour-and-a-half afterwards, we would stop for a quick break for food, bathroom breaks, etc. Our pace was to be under 2 mph and everyone was responsible for themselves. We stuck to plans pretty much the entire way up with a few exceptions. Hiking in the dark with only a headlamp makes things very interesting in that you are constantly playing a “did I see something there???” battle with your mind yet continuing on. Eren had his headphones on and was dancing in the beginning of the hike very much enjoying finally getting on with the hike! We all shared the relief of starting and happily got on. On the hike up we were mostly in the dark.

Getting up to the 99 switchbacks, the sun just started to peak above the mountains parallel to us. It was also at this time that altitude really kicks in…. 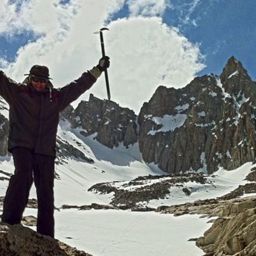 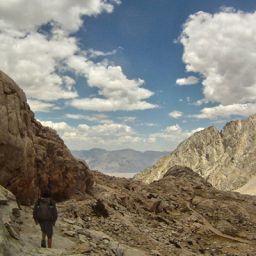 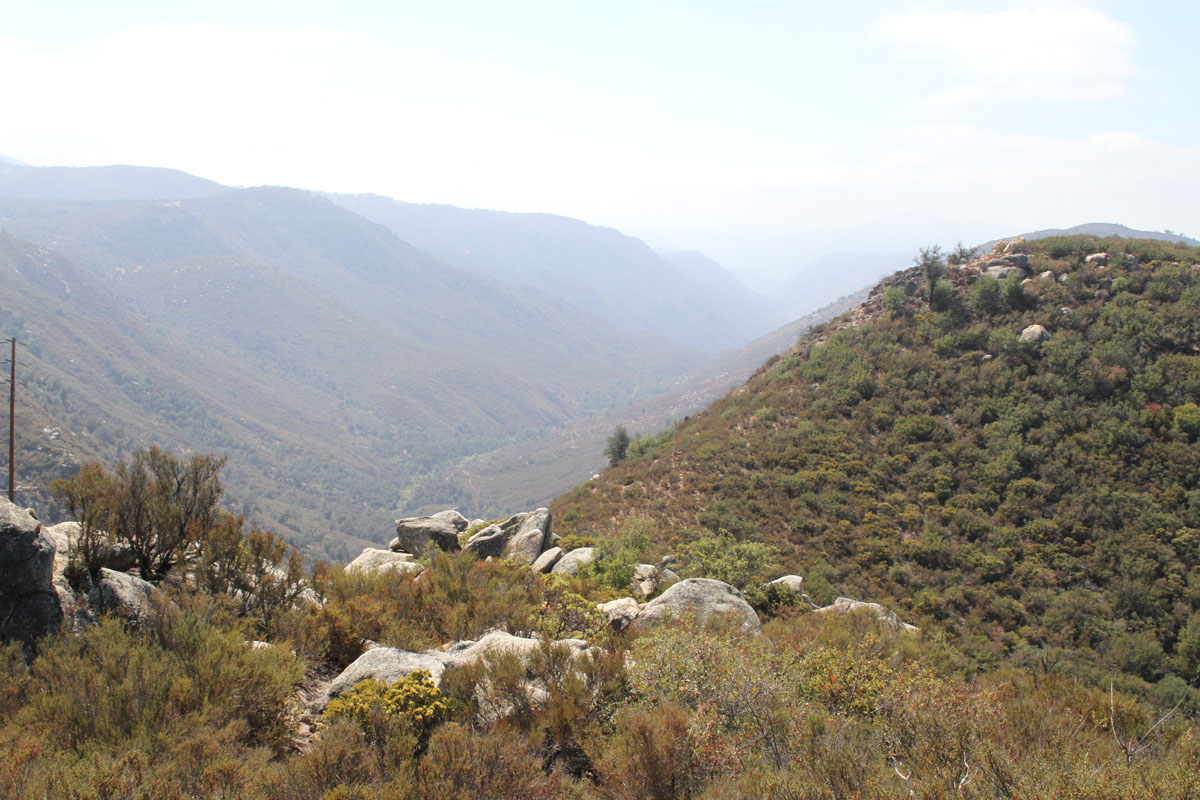 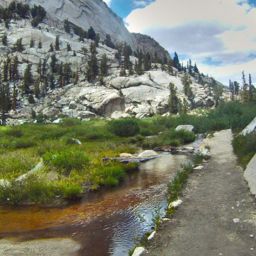 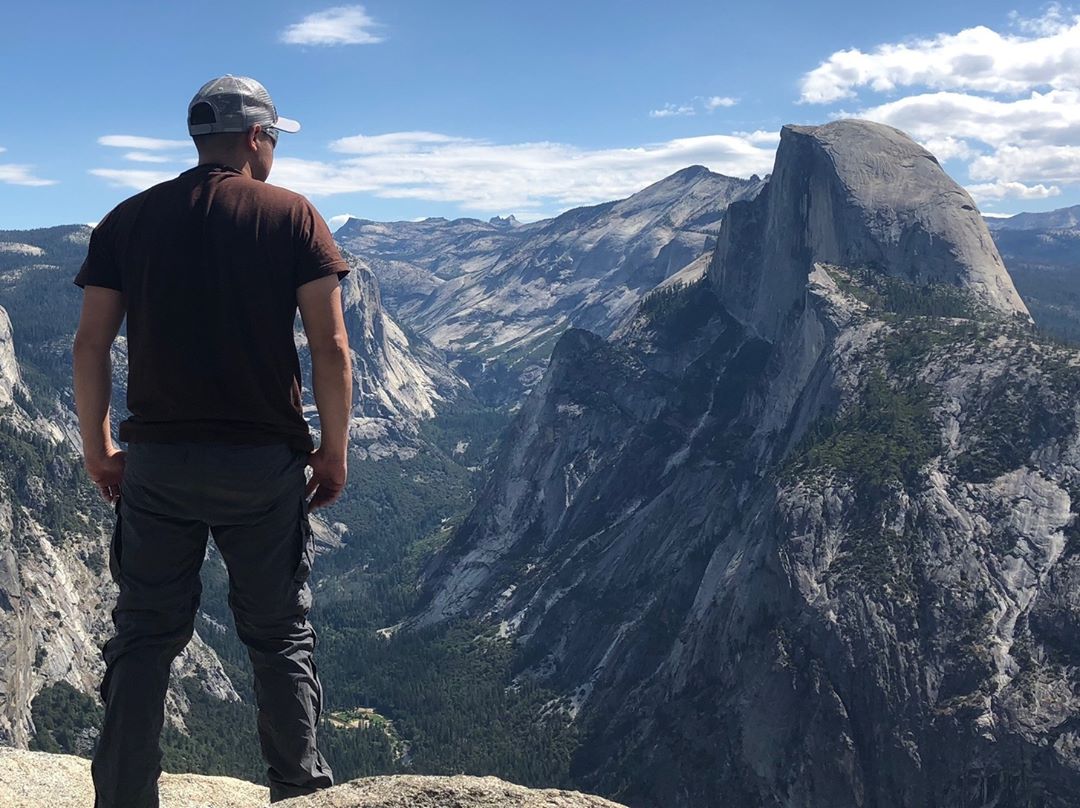 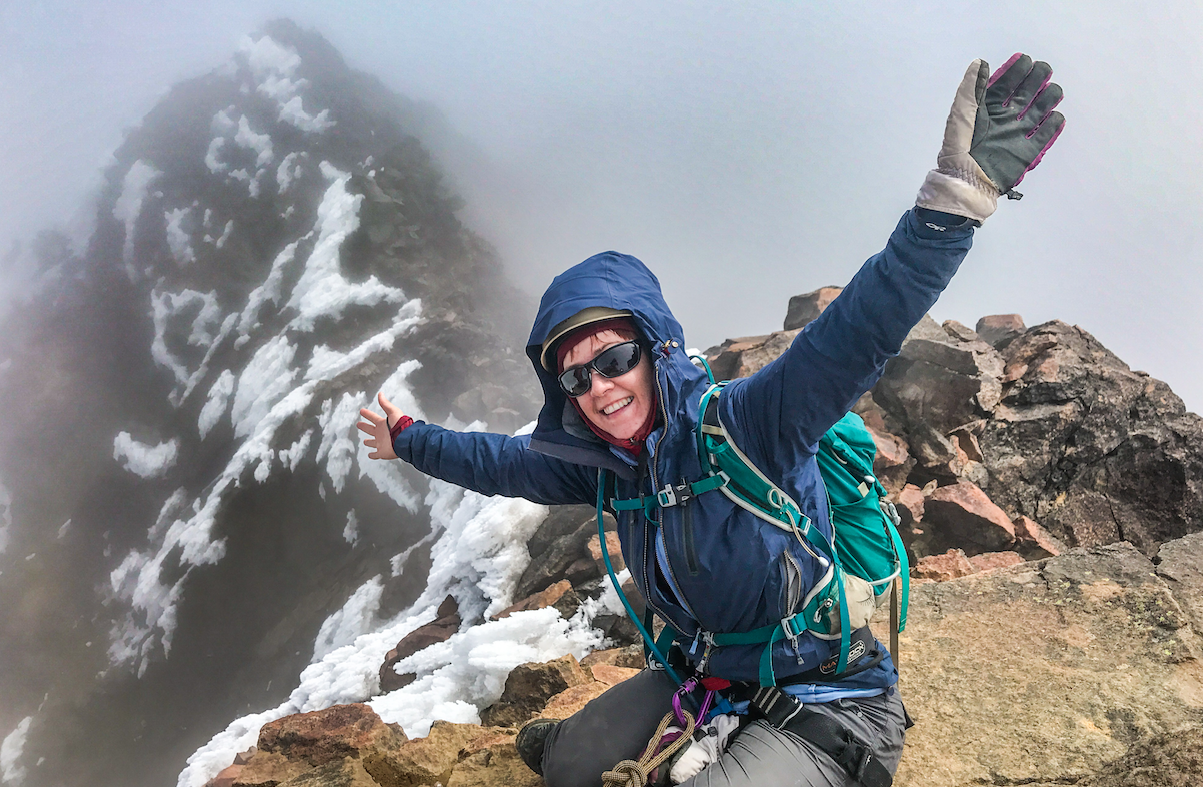